How this Membership Site took Conversions from 6.5% to 16%

According to Global News Wire, Membership sites and online education have grown dramatically over recent years and are slated to cross over $300 billion dollars in market share by 2025.

Membership sites, vs. say courses, have the unique advantage of allowing members to be a part of a community. This is the cornerstone of Bulldog Mindset’s approach to business, where John, the founder, helps coach men on their mindsets, fitness and finances so they can thrive.

John works tirelessly to build a robust and supportive community of like-minded men who are focused on self-improvement and can help keep each other accountable while in the program.

While the business has been growing steadily over the years, conversions had stayed fairly steady at around 6%. Then John discovered a way to build better connections with his prospects and customers and in a few short months, conversions leapt to over 16%. The secret?

Here is an example he sent to a new member:

John used personal video in two primary ways: to welcome people after they have taken his introductory quiz around mindset on his website (the example shown above) and to invite new customers to join his facebook community.

When John first started with personal video, it almost didn’t stick. He tried to welcome some 40+ new opt-ins every day and while he noticed a small difference, it didn’t feel worth his time based on the responses. But then he tried a slight variant...

After people opted in, he would reach out only to members who showed some level of engagement (like opening his initial emails and watching a training video). Once he did this, he began to notice the active leads converted twice as often when they received a personal video from him.

On top of that they seemed more active and open to engaging.

He wanted to make sure the results were consistent so he ran the test of sending 50% of his active new leads his standard text emails and 50% of his leads Bonjoro messages.

What were some characteristics behind why his videos were effective? Let’s take a look:

A central tenet of John’s membership is bringing people into a community that helps push them to be better. You will notice in his videos he uses terms like “brother” and shares personal details from his life to build an authentic connection with new prospects. The body language, tone and facial expressions help create camaraderie that would be impossible in a text email.

Great speakers and writers share a talent: they are able to create a picture in our minds with a story. In John’s videos you will see how he talks about his before and after transformation and brings people in with his energy, confidence and enthusiasm. When using the personal video medium, being able to create a story is a critical way to deliver an impactful video.

You will notice in the video above with John that he uses his brand logo and background to help emphasize his brand. In the words of Simon Sinek, “people don’t buy what you do, they buy why you do it”. John’s Bulldog brand is around getting after life, taking chances, being bold and living life on your terms. As often as he can leverage that brand ethos, in everything from his brand visuals, to how he talks, the more impact his videos will deliver.

While personal videos are a key part of John’s increased success, he also notes how two other components have really helped him win.

Another element of personalization that John’s brand leverages is a quiz that visitors of the website can take to evaluate their starting point. This provides a conversation starter from which John can use their results to craft a tailored follow-up and allows him to send them specific content if they have weaknesses in certain areas. According to data from the Content Marketing Institute, for leads at the awareness stage, or just getting familiar with your brand, 81% stated that using quizzes or pop-up evaluations was more engaging than static content.

There are a number of ways in which John focuses on community to really give his members the most value possible. First, he understands the brotherhood and camaraderie that come along with people sharing stories in an open forum like Facebook, so he sends personal videos to invite new members to the Bulldog Facebook group:

Here he fosters conversations and engagements so people can build friendships and have accountability partners to keep them on track. John states, “While I provide the information to help them get started, it is ultimately the community that they become a part of that makes them stay”. Members who feel part of a tribe or community are substantially more likely to stick around and to be brand advocates.

Overall, John’s business is successful because he understands the value of human connection. In a world where we are increasingly disconnected from seeing people face to face, personal video is a bridge that allows us to keep those vital relationships intact. John is a perfect example of the business impact that emerges from companies that invest in their customers, and do the work to create real, robust communities where their tribes can thrive.

Start your own membership site

If you are looking to start your own membership site, here are a few different options. 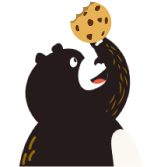 Taking one of our delicious cookies helps us improve your site experience.